Age of Estrogen: How I Healed from Cancer 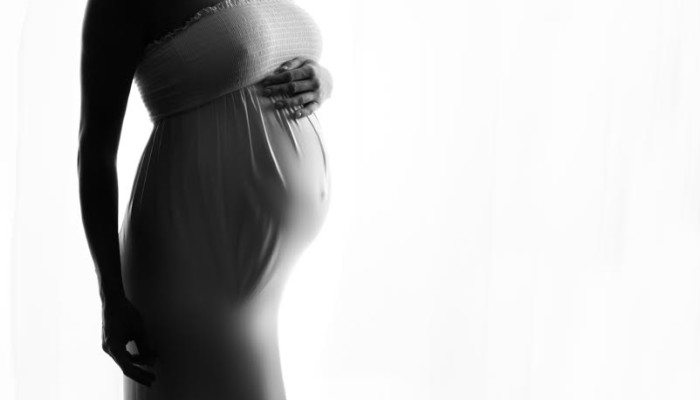 This article very briefly describes my story of how I was initially introduced to the Healthy Food Club and my journey of healing from CANCER. The reason I decided to share with you this article is because I want to share the story of my journey to health with as many of you who are currently going through the hell of being a cancer "patient" or those who are close to someone in a similar situation.

THERE IS HOPE. IT TAKES DISCIPLINE AND DEDICATION, BUT IT IS POSSIBLE TO HEAL.

I AM A LIVING, BREATHING, HEALTHY & NATURALLY PREGNANT EXAMPLE...

As we all know, the food supply is laden with traces of herbicides, pesticides and petrochemical residues from plastics, all of which have estrogen-like, endocrine disrupting effects in animals and humans. These foreign biological substances, have been linked to abnormalities and cancers of human tissues that are hormone sensitive, including fibrocystic breast disease, breast cancer, cervical cancer and dysplasia, endometrial cancer, endometriosis and ovarian disease as well as prostatic hypertrophy and cancer.

SIDE NOTE TO PUT THINGS INTO PERSPECTIVE: Men and Estrogen?
Gentlemen, hold on to your seats, as over-exposure to estrogen is just as of a concern to you, as it is to the ladies. Conventional doctors tend to ignore hard science until it appears in their own medical journals. A study published in the Journal of the American Medical Association (JAMA) measured blood estradiol (a dominant estrogen) in 501 men with chronic heart failure. Compared to men in the balanced estrogen quintile, men in the lowest estradiol quintile were 317% more likely to die during a 3-year follow-up, while men in the highest estradiol quintile were 133% more likely to die. Men with even slightly elevated estrogen levels doubled their risk of stroke and had far higher incidences of coronary artery disease.

Aging men sometimes have too much aromatase activity, which causes their testosterone to convert to excess estradiol. This results in depletion of vital testosterone while spiking estradiol to unsafe range.

Women synthesize most of their estrogen in their ovaries and other reproductive tissues. Since men lack this female anatomy, they need to produce estrogen through a process involving an enzyme called aromatase that transforms testosterone into estradiol….and where is this article going?

When Estrogen Dominated My Life
My name is Niki and let me share a little bit of my story which has led me to the Healthy Food Club (first as a Member and now as an Owner) and the wonderful foods from Miller’s Organic Farm. Seven years ago I was diagnosed with cancer. It all started with a routine exam at the Mt. Sinai Hospital in Miami, and almost ended on the operating table of an oncologist at Sloan-Kettering in New York. Although it is never only ONE thing that causes our bodies to swing out of the equilibrium of health, choosing a healthy diet from a clean source is absolutely critical for restoring one’s health. My story has a happy ending and I would like to share with you, my humble journey to conquering cancer.

I was on the contraceptive pill most of my twenties and never really paid much attention to anything until I had gotten married in 2006 and wanted to conceive. When I was young, I was a track athlete with very low body fat, and certain menstrual issues were unavoidable at my level of training, and that is what I have thought to be normal most of my young adult life. After a few failed attempts at pregnancy, I went to see an OBGYN at Mt. Sinai in Miami…to my shock, I was diagnosed with an early stage II Endometrial Cancer, ovarian dis-ease and some other fun stuff. ME? IMPOSSIBLE....I thought.. I was in denial about the information for about a year, until my severe symptoms were impossible to ignore any longer.

Going Holistic
At first, because I did not know any better, I agreed to a three month-round of hormonal chemotherapy treatment. Gained 25lbs. within a few weeks. I felt and looked 20 years older. I had hot flushes, could not sleep, could not exercise and felt constantly nauseous. Round one was not successful, so they jacked up the doses for me in round two. As a result, the cancer progressed from Stage II to borderline Stage III in six months on what was supposed to destroy the cancer!!! (it has been confirmed in December 2019 that the drug METFORMIN actually causes cancer).

Both my oncologists (a very prominent doctor in  Miami and another in Manhattan) had, at that point, determined that a complete hysterectomy, including the removal of my lymph nodes,  would be the only solution for “treatment.”

What can I tell you? At 29 years old, I was devastated. My hopes and dreams of having a family were shattered….until….my dear friend and amazing Holistic Lifestyle Coach, Ximena Gonzalez came into my life and helped me fight for my life. She helped me identify the elements of my life that were poisoning my body – physically and emotionally. She sat with me and educated me on the crazy rat-race that our human body was not built to sustain. She sat with me when I cried, she guided me through the process, she helped me get my life back.

At first, I could not believe everything I was learning. It was all so surreal! How could this be? Deadly chemicals in shampoos, soaps and FOOD???? Salt stripped of minerals, water infused with fluoride (they have abandoned this practice in Europe 55 years ago!!!!!), genetically modified foods and sugar-free sodas that make you more thirsty and fat??? WHAT IS ALL THIS???

However, as I started to feel much better and stronger on the food from Miller’s Organic Farm, and as my hospital results improved dramatically…it was an easy decision. I refused all the conventional medical treatments and only followed a holistic protocol designed by Ximena Gonzalez (Nutrition and Lifestyle), Dr. Steven Roth (Hypnosis), Santiago Sifre (Acupuncture), MRT Blood Testing, Dr. Mark Rosenberg (Medical Supervision and Chelation), Dr. Kalish (Hormone Balancing), my family and one or two other wonderful healing angels who understand the real causes behind cancer and other auto-immune dis-eases.

The food we eat in the USA is largely contaminated with pesticides, herbicides and often is genetically modified to satisfy the long shelf life, which cause stress to the body and result in massive hormonal disruptions. Food intolerance testing through the labs of Ethan DeMitchell helped me identify and remove the foods and skin products that were unnecessarily straining the body.

I removed ALL processed foods, sugar, alcohol....and introduced bone broths, real milk and yogurts (cow and sheep) as well as other “clean” foods from local farms. The protocol was much more complex than this, but the bottom line was to return the body to homeostasis so it can heal on its own. Within six months of adopting my new life, the cancer began to disappear.

ONE WEEK before the originally scheduled hysterectomy I had requested another testing procedure from my oncologist in Miami. He did not recommend the procedure so close to the surgery (it also involved complete anesthesia), but my "Dream Team" and I were adamant.

THE TEST RESULTS CAME BACK CLEAR OF CANCER 48 HOURS BEFORE MY SCHEDULED HYSTERECTOMY. I was then diagnosed with mild hyperplasia and my oncologist cancelled the hysterectomy. To think I was TWO DAYS away from what my life is today, is THE most humbling experience.

Our knowledge of cancer has changed to a degree over time, but our perception of cancer is still based on the original ideas. This is why there is no medical cure for cancer. Old ideas are preventing the consideration that cancer (and other auto-immune dis-eases) is a response to something, rather than a genetic mistake. Four more months after that, I had another test at Sloan-Kettering this time – the results have come back completely clear of cancer or any abnormal tissues. As the results came in, both my oncologists almost had a heart attack as they were both hugely opposed to the holistic approach. I am still cancer free. I am healthiest I aver been. I got pregnant naturally, despite the claims of SIX doctors who have told me otherwise.....

Regaining Balance
In men and women, the balance between estrogen & progesterone and all kinds of health problems arise when that balance gets disrupted. Nowadays many men & women are estrogen dominant, meaning that they have a sex hormone imbalance.  You may wonder why? There are many reasons for this, but Holistic Lifestyle Coach Ximena Gonzalez has elaborated on the most obvious ones for us here:

1b). Many people are over consuming phytoestrogens, these are natural estrogen mimickers coming mainly from soy which is found not only in soy foods, but in MOST processed/junk and diet foods, including many fitness supplements, protein shakes, etc.

2). Most people’s detoxification pathways particularly their livers are so overburdened & sluggish that they can’t do their job effectively & the body stores toxins, excess estrogen, among others because it can’t get rid of them.

Through the stories of our HFC Members, I know I am not an exception or a “miracle” cure – I hear variations of stories like mine from our Members who have decided to TRUST their bodies over unnecessary over-exaggerated medical procedures all the time. Another example is my younger sister; she was diagnosed by conventional medicine as “infertile” - three months of eating Amos’ foods and some lifestyle changes, she got pregnant naturally. BTW, I also have a beautiful little boy now - conceived naturally, carried to term and birthed naturally. Amen.

Stories like ours are the reason why I had resigned from my day job in finance and acquired the Healthy Food Club and I am here to help you get access to the same “miracle” foods that have saved my life. I believe that most of the existing Miller’s Farm Members would strongly agree that although the process of obtaining Amos’ foods is not as convenient as popping quickly into a local supermarket, the benefits they provide, by far outweigh this inconvenience.

Thanks for sharing all of this. In the short time I had the Amos food I experience a good change in my nutritional status. I stop ordering because the inconvinience of driving long time to pick it. I'm a 73 years old retired person with tyroid disease and digestive dificulties. I'll go back to order if I have to drive no more than 10 to 15 minutes to do the pick up. Home delivery is not in my area and also increases the food cost.

I’ve read and accept the Terms and condition New Window